After waiting years to do this, it finally happened. For those of you that don't know, Spearhead Traverse is basically a horseshoe-shaped traverse around Fitzsimmond Creek that links Blackcomb to Whistler. Some do it in one long day, but usually people take 2-4 and enjoy what it has to offer. 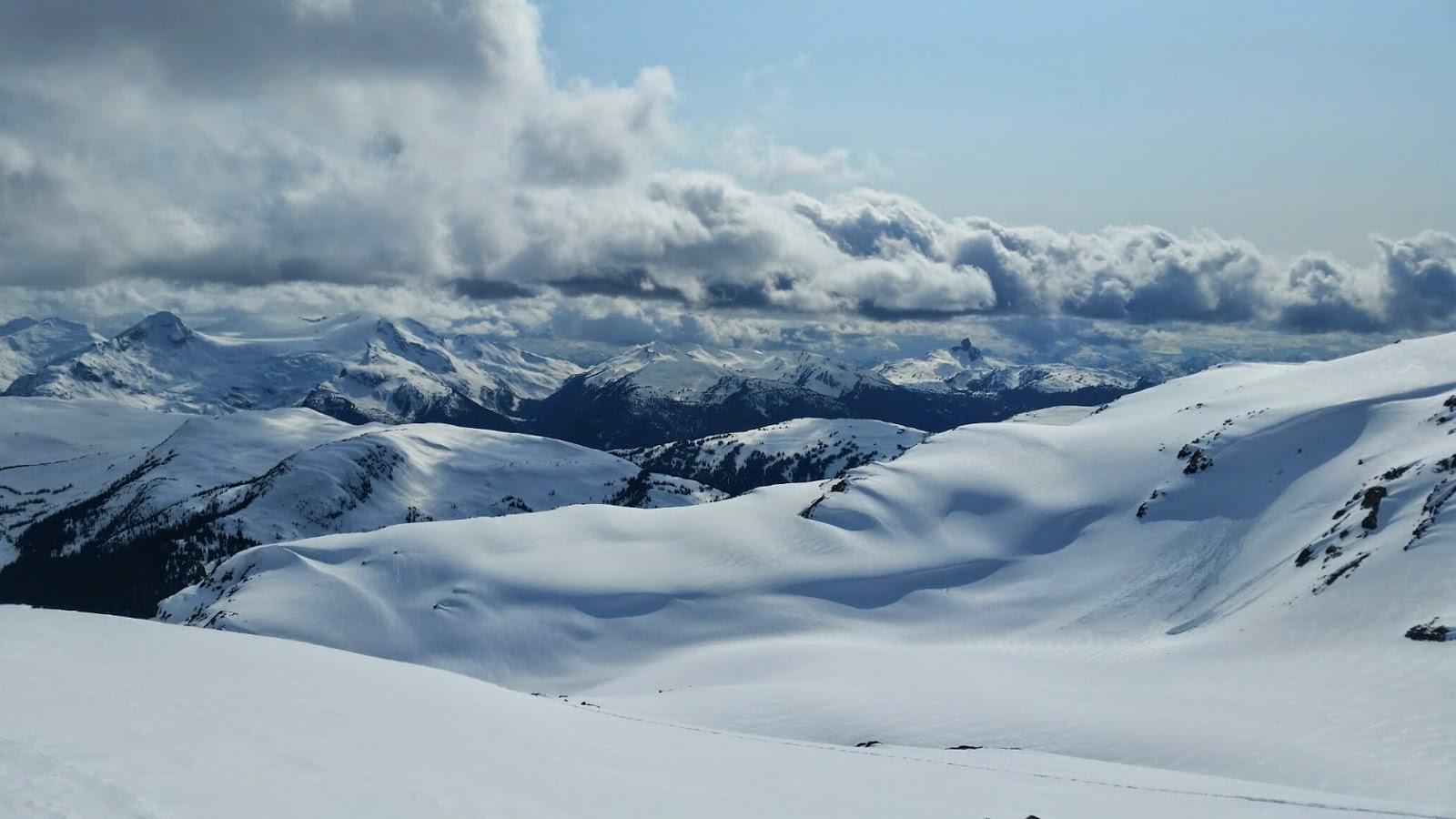 Our team consisted of Luke, Mark and yours truly. None of us had done it before but Mark is a very experienced mountaineer and knows how to travel in the alpine and on glaciers. He climbed in the Himalayas, Alaska, etc. and was part of NSR. Luke and I have done many trips together; we are very comfortable in unfamiliar places and work well together. This was a fairly strong team. As first timers it's a good idea to use a professional guide or go with someone that has done it before. It's not the most complicated traverse but some dangers exist, as you do travel on many glaciers. You could get into serious trouble if not properly prepared. We felt comfortable with our skills and decided to go without. 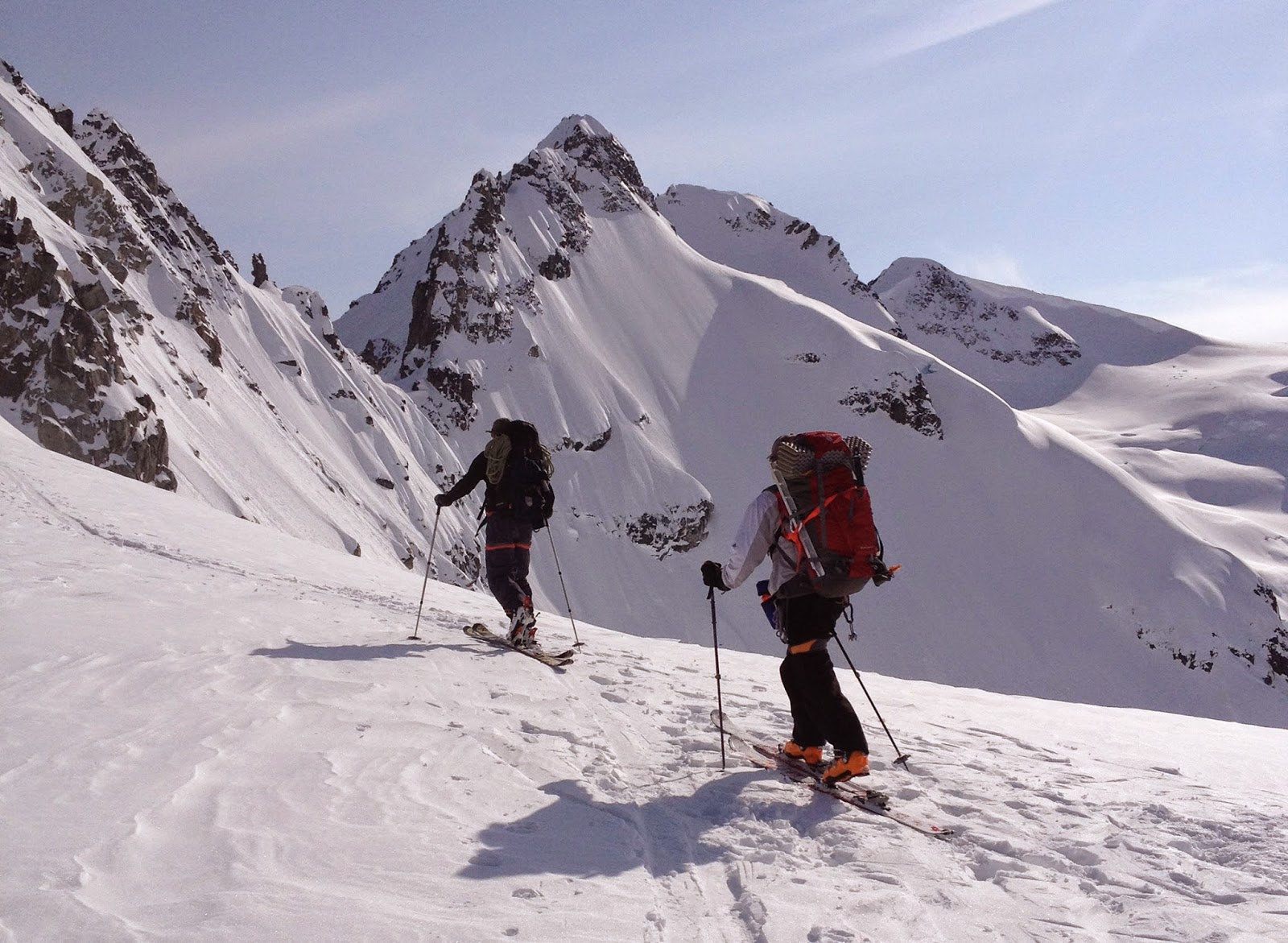 With packs on our backs, it was time to go. We started slowly. After a few chairs, and a pit-stop at the Roundhouse lodge for a quick lunch, the first day was really a wash. All we wanted to do was ski a bit, set up camp early and enjoy the evening perched up high. It was a nice mellow way to start the trip. 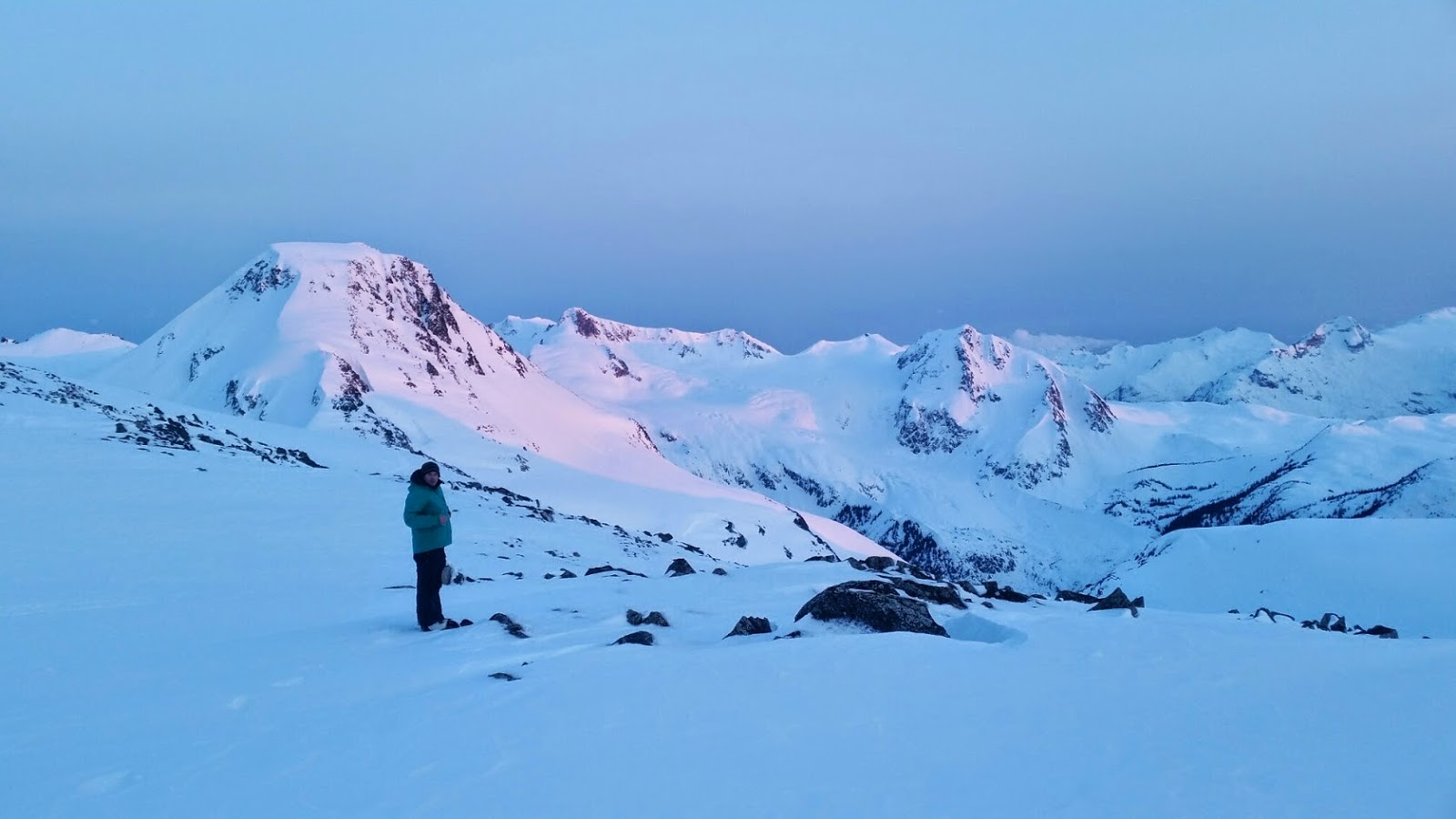 Packing up and getting out of the tent is always hard. It's cold, you're tired and you just don't feel like moving. As it turned out, though, we got packed up and fed pretty quickly. Without any planing or saying much at all, we all knew what to do. As one was packing, one was melting snow, the other breaking up the tent. Then as quickly as you completed your task, the roles would change. A fine tuned machine we were. 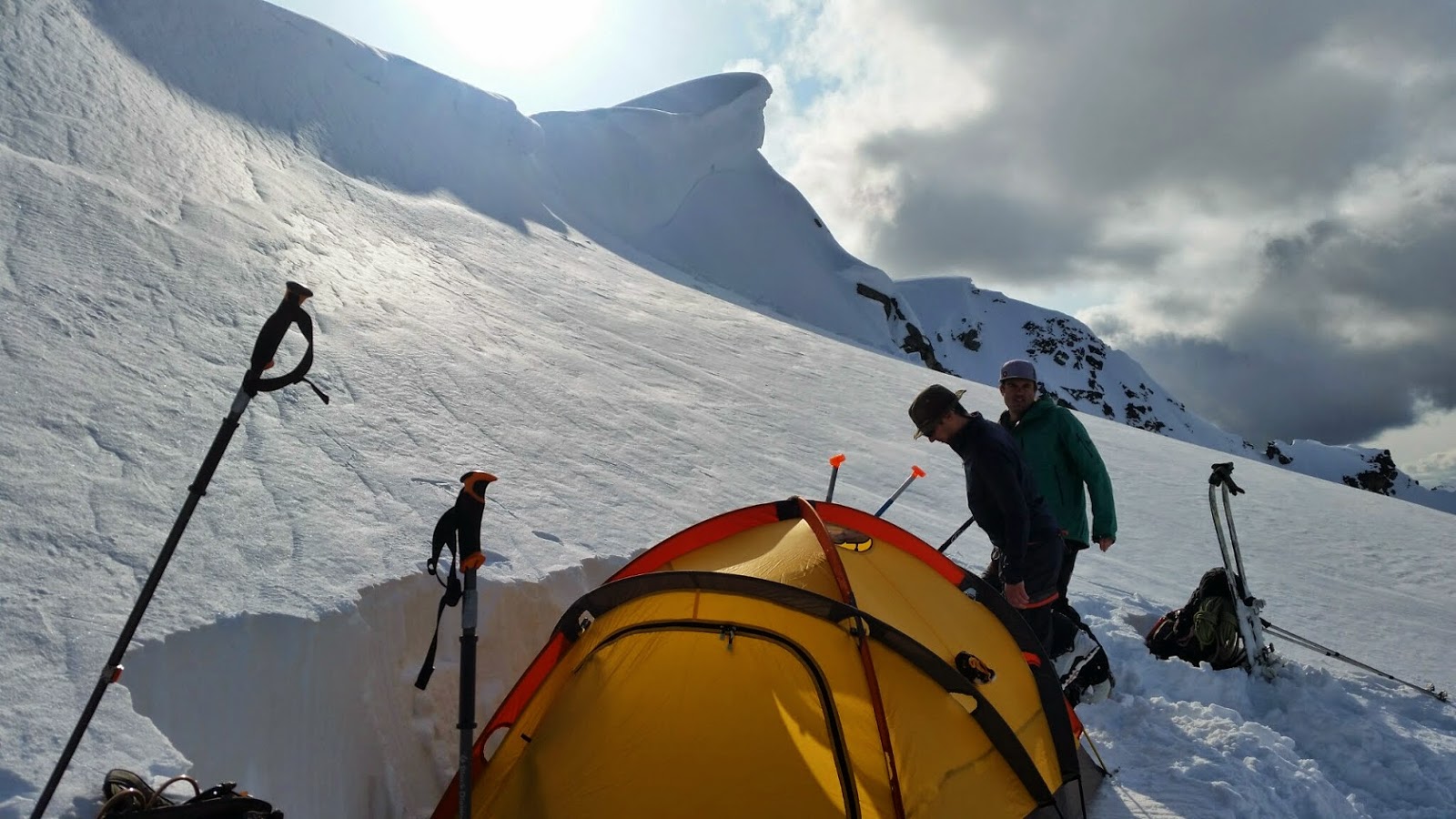 Being the owner of a newly acquired used $40 GPS, I was the designated navigator. Route finding is fairly easy when you're fitted with a map, knowledge of the general direction and notes on what traps lay ahead; it's hard to get lost. The only tricky part is to trust your notes as you approach sketchy exposed sections (this is when a guide would be useful!). I'll be honest. For me, it's my favourite part. Don't get me wrong, I love deep powder turns, but not knowing what's coming - the exposure, the fear and those dreaded butterflies in your gut - is what gets me coming back for more. It's strange, it's what I love and hate the most about these kinds of trips. 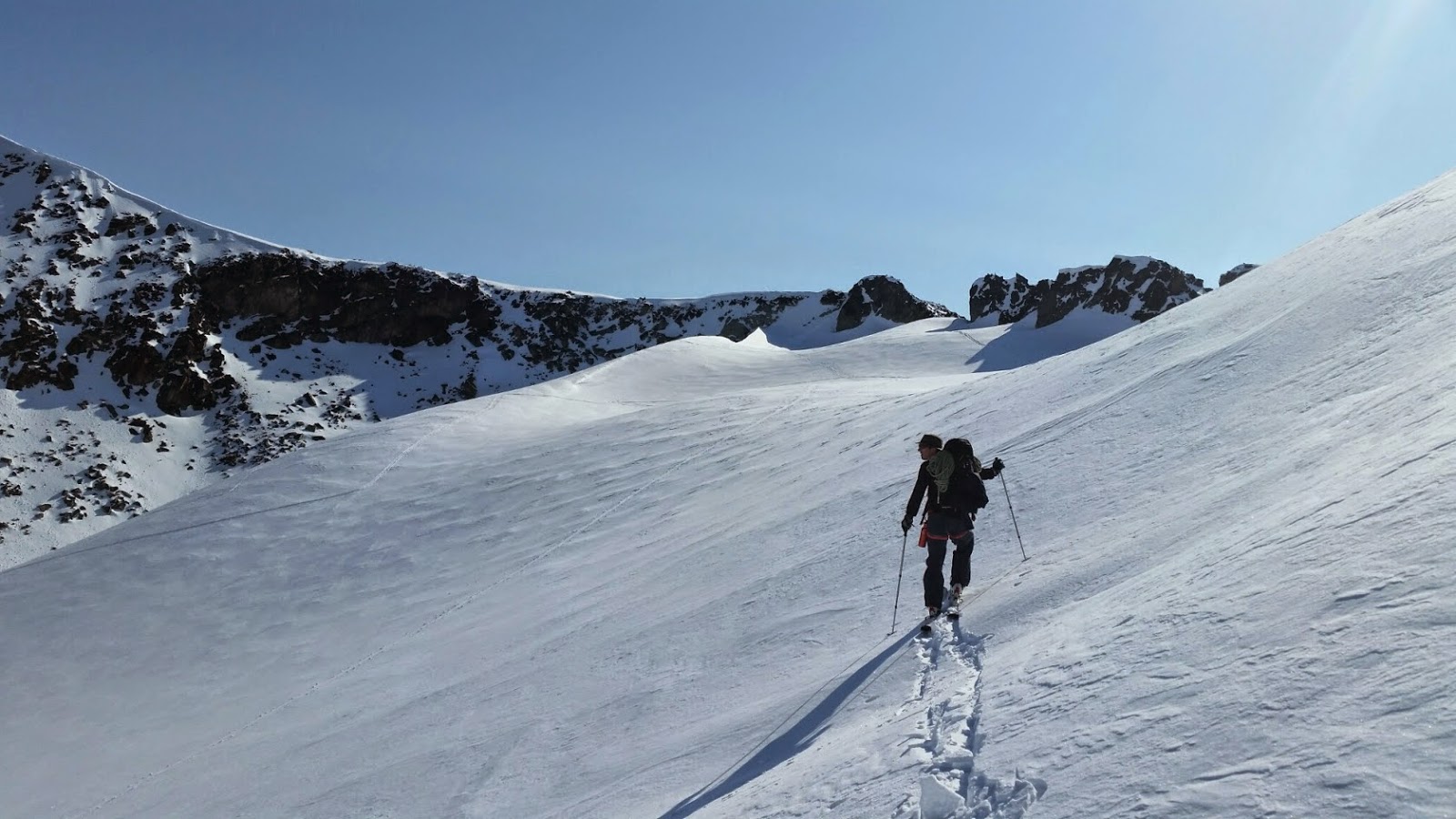 I won't dwell on how beautiful it is. Nothing I can say can describe it, specially with my lack of writing skills. That's something we need to experience on our own. But what I will say is, man, we're small! The Spearhead is not particularly big but those mountains are imposing. I felt like I was traveling in a postcard. 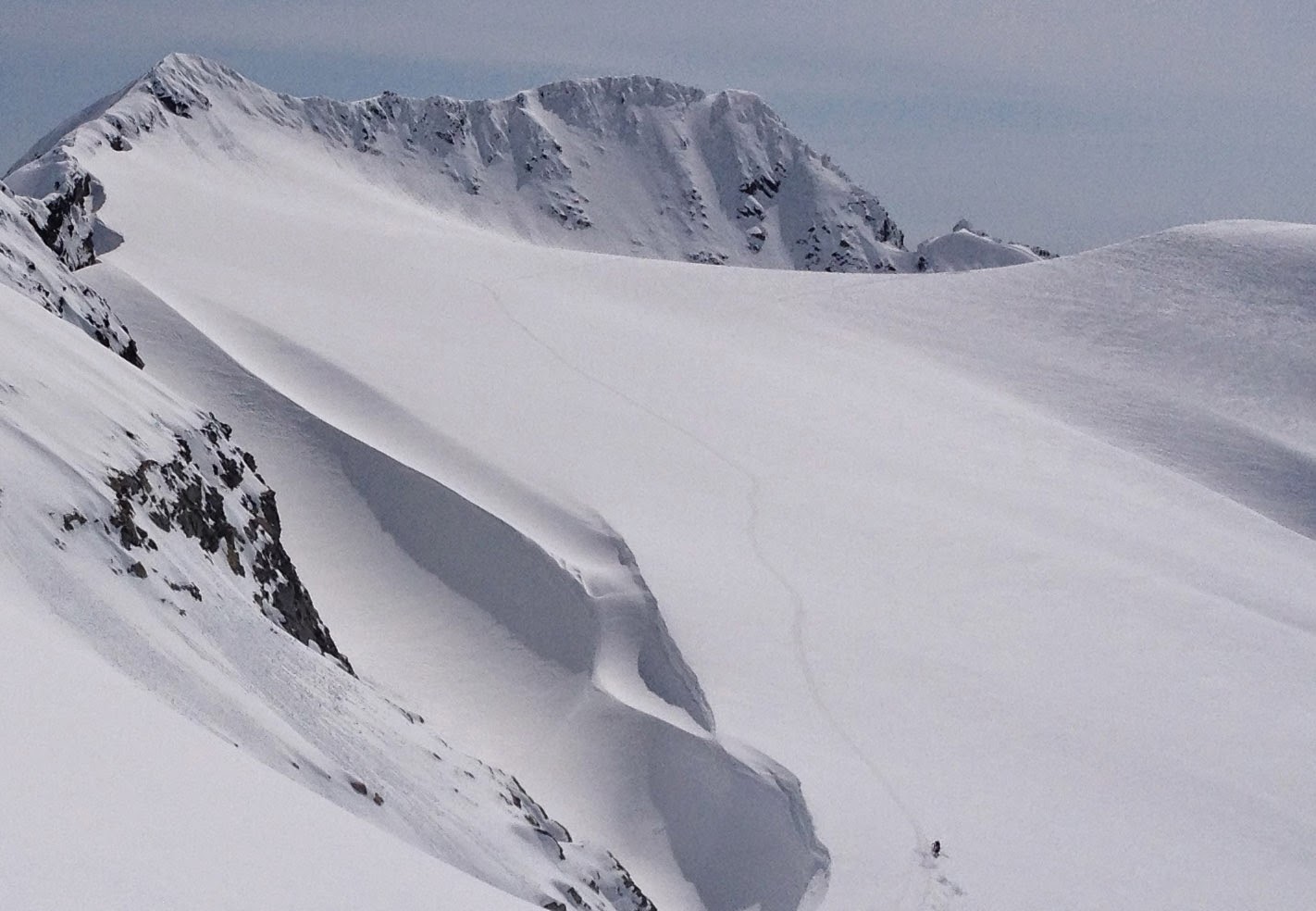 After a long super-duper awesome day it was time again to set up camp. Taking in the views, relaxing in pure silence is always welcoming. Snowy peaks and missed lines along the way was on our minds. For the first time traveling in these mountains and spending time figuring out the routes, we did not have much time to actually ski. But I think it's the only way you can truly learn when you do these kind of things. Only time in the mountains can give you the knowledge and confidence, there are no short cuts. Doing it without a guide is a lot slower, but nothing can replace the experience you gain. The last day was an early start, Mark made sure of that. I don't know what time it was but the sun was just barely rising and there is no way Luke and I would get out of bed without a good kick in the ass! We were off in a flash and started the last big climb. That climb was not particularly steep but it was an ice rink, and with no crampons, it was a bit tedious. 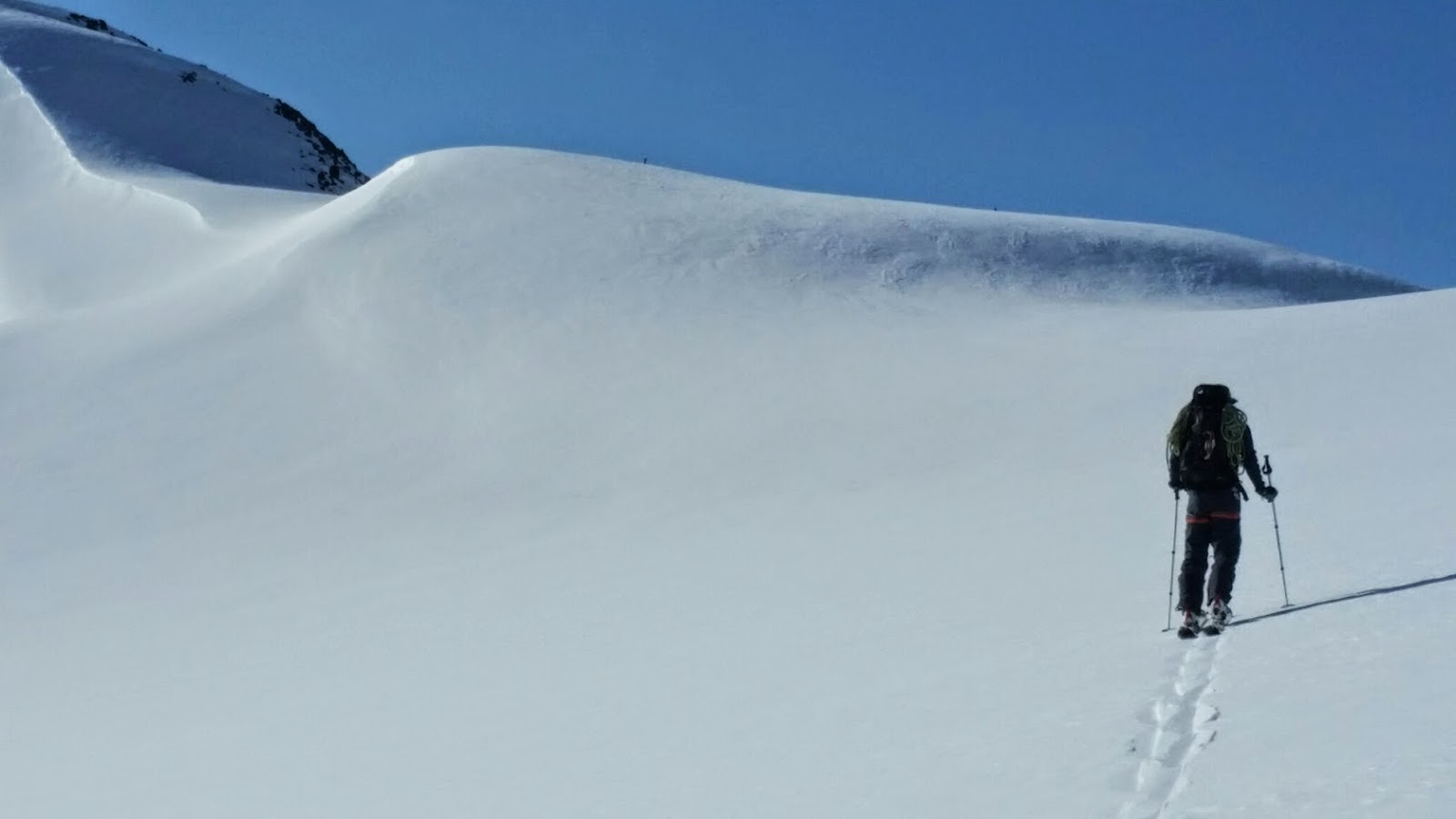 I was not ready to leave but, the resort boundary poles were nice to see. Heading down the Flute is when I really started to feel my legs. I was skiing like an old man. I was having a hard time turning, but eventually we made our way back down to the village. 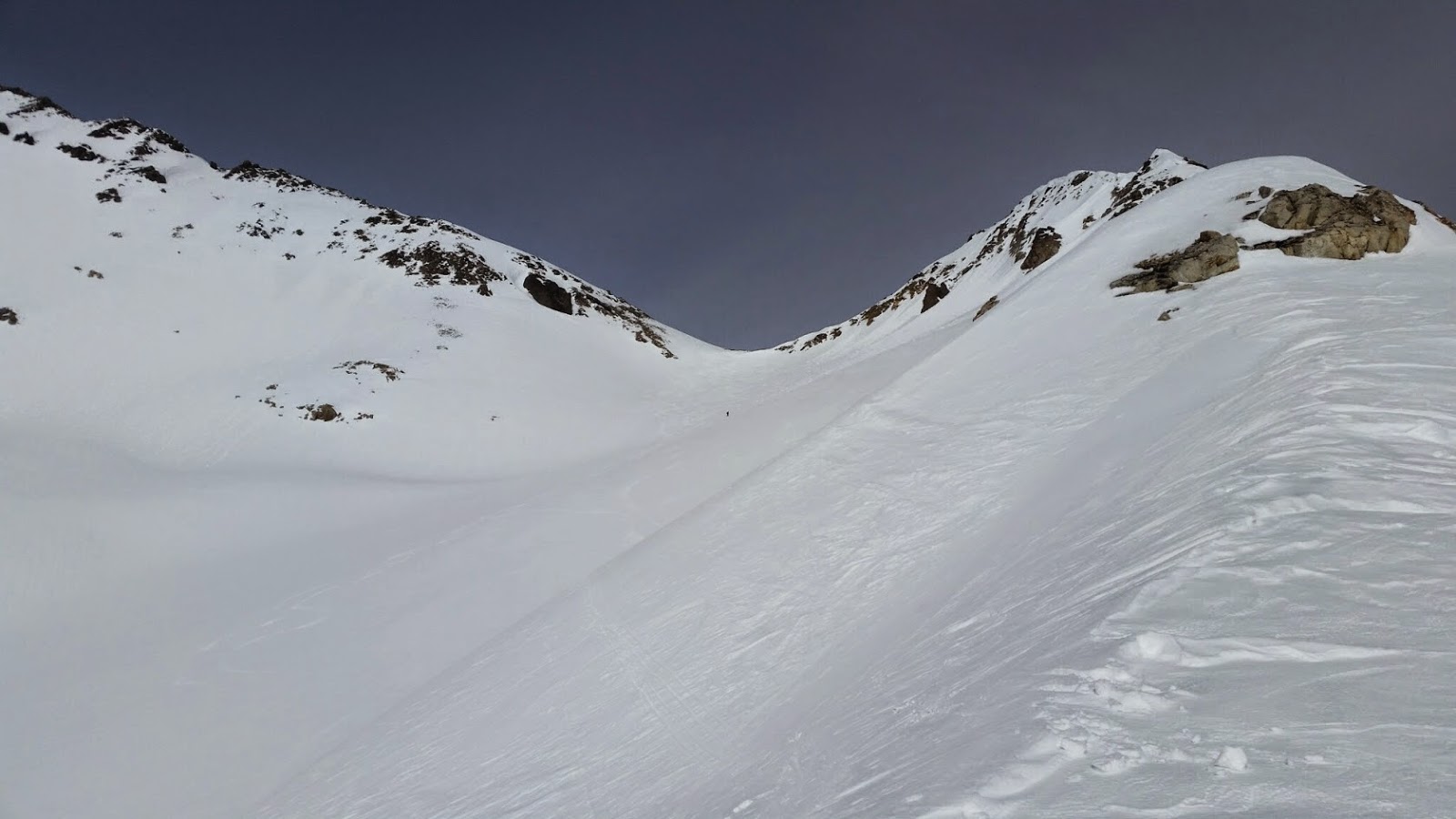 What a trip! I'm so happy we finally got it done. But most of all, I'm glad that we took the time to actually learn the terrain, figure out the different routes and get familiar with the mountains. I'll be back for sure to ski some lines next time and hopefully one day bring my kids along. 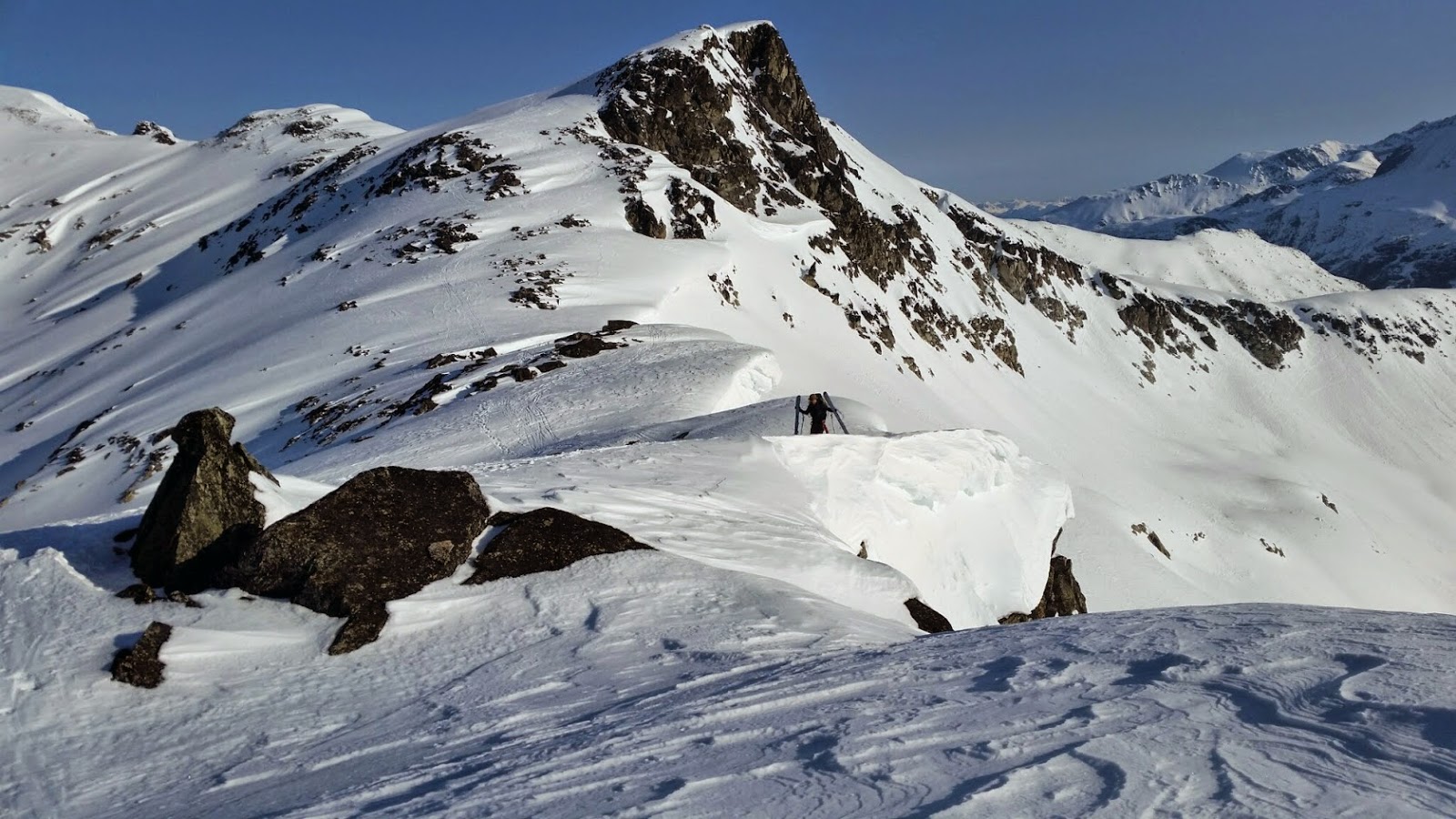 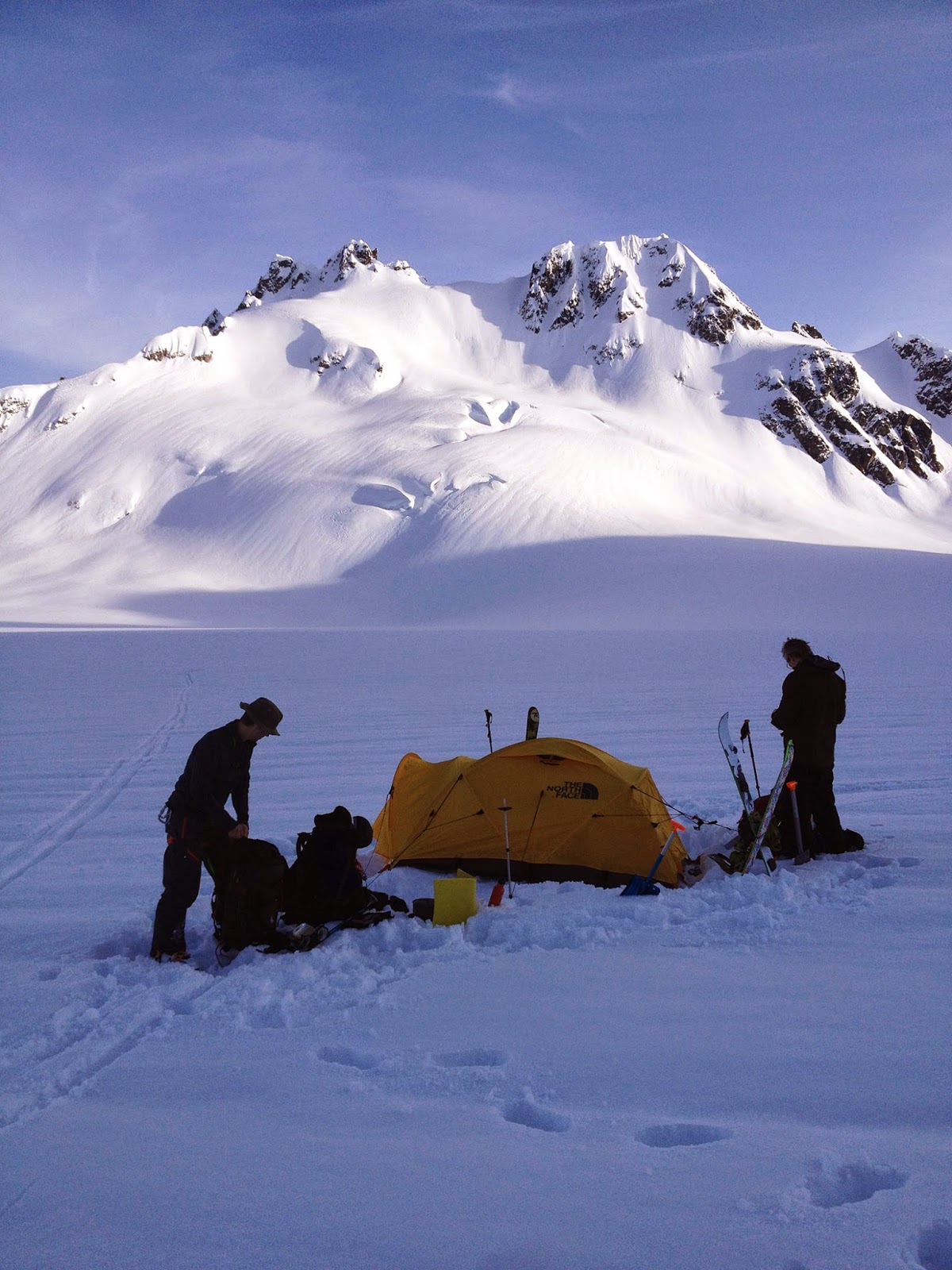